Lucky for us girls, this summer’s trends like crop tops and cutouts give us an excuse to dress sexy without being called a slut. Another sexy, popular trend, long slit skirts. A long slit skirt paired with a crop top or tank top is a comfy outfit that is effortlessly chic and subtly shows some leg to catch the male eye. 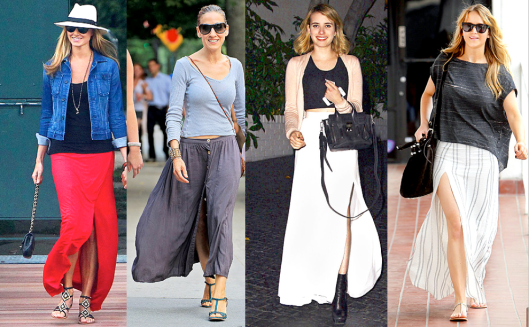 In the case of black and white, opposites really do attract. The two timeless colors always make the perfect match. Whether working together to create a cool pattern or paired separately in a top-bottom ensemble, the two seem to always allow for a trendy, classic outfit. 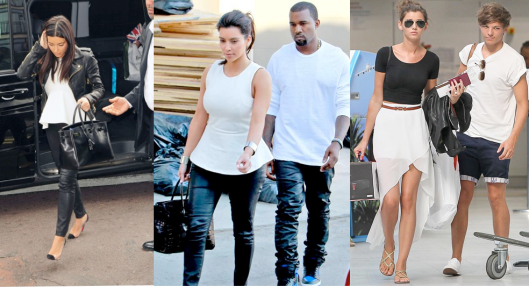 Kim Kardashian and beau Kanye West, arguably one of the most stylish couples in Hollywood, both like to pair a white top with black bottoms. While with her beau Louis Tomlinson, Eleanor Calder did the opposite and paired a black crop top with a white skirt.

Beauties Katie Holmes, Jennifer Lawrence, and Pippa Middleton are all loyal to the trend. 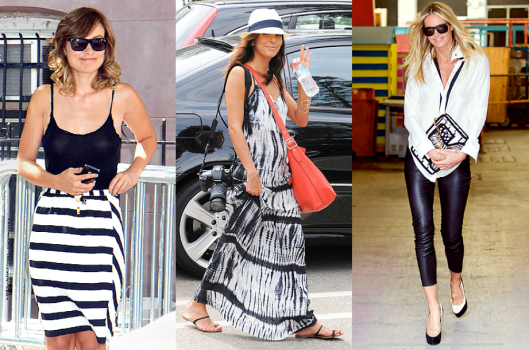 Olivia Wilde and Eva Longoria use the always fashionable colors to create girly ensembles while Elle Macpherson goes for an edgy look.

Orange’s time is coming to an end as blue is starting to making its way into the limelight. All versions of this color are making their way to being the “new black”. Luckily for us, this new trending color is the best to invest in this summer because blue easily transitions to fall and can even be worn in winter. 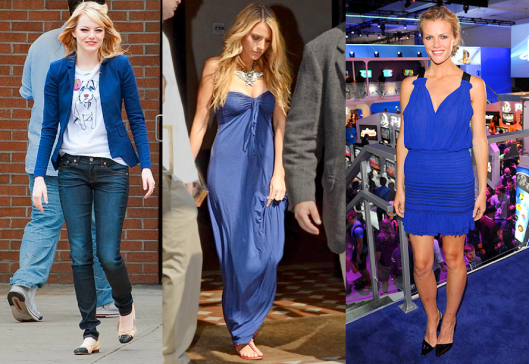 Emma Stone wears a blue blazer. The stunning Blake Lively creates a casual yet elegant daytime look by wearing a blue maxi dress while Brooklyn Decker wears blue on a fun night out. 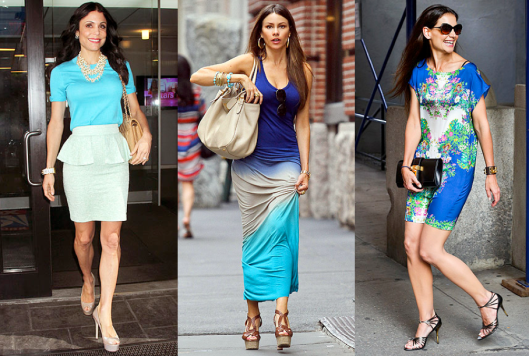 This is one of the best looks trending this season. Why? Because sleeveless denim shirts can easily be paired with shorts, skirts, or jeans to create an effortlessly chic ensemble. It is an easy yet stylish throw-on, perfect for the daytime summertime. 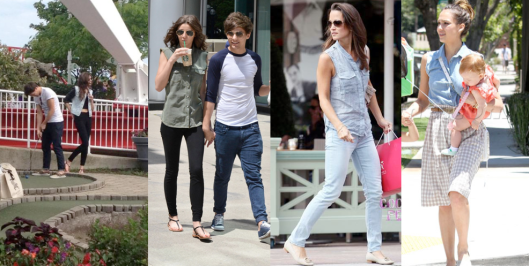 Want to get the look? Topshop offers some great sleeveless denim pieces, as seen on Eleanor Calder.

Cutout pieces of fabric from modest dresses and chic blouses around the collarbone, shoulders, stomach, waist and other random body parts are the latest craze. Like crop tops, cutouts have made showing a little skin trendy, but only if worn right. When dressed with seven inch heels and short shorts, there is nothing trendy about them. 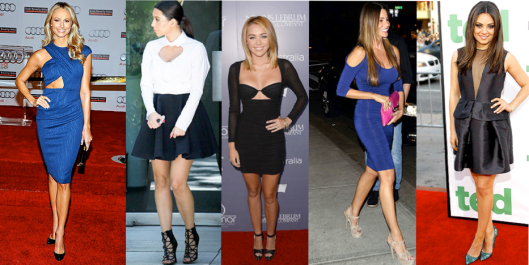 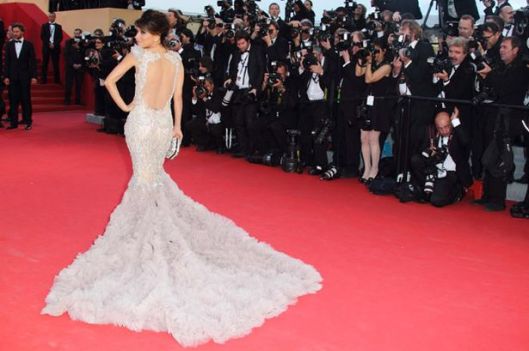 My absolute favorite version of this trend is a cutout back which allows for a memorable exit, as seen on Eva Longoria.

Ladies, I hope you all have been doing those sit-ups because this is the season when we can wear all the crop tops we want and not be called a slut… as long as you’re not cropping out everything but your boobs. Crop tops have become the biggest trend, commonly seen on Hollywood’s most familiar faces.

Eleanor Calder is one of the many trend setters that has been seen wearing a crop top on numerous occasions, including at the airport in France, while playing mini golf with beau Louis Tomlinson, and on a casual quick Starbucks run. She is the prime example of how to make a crop top still look classy by pairing it with high waisted bottoms or by covering up with a jacket if a little to much tummy is showing. 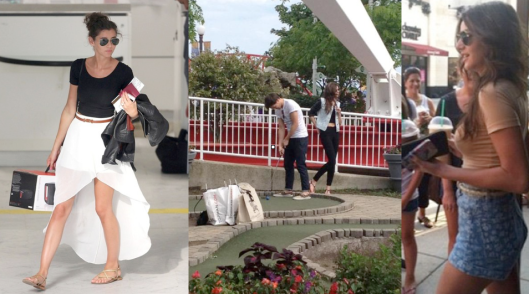 Miley Cyrus is another famous face that favors this trend and added her own particular twist to it. Unlike Eleanor Calder, she doesn’t seem to be too concerned about staying classy. 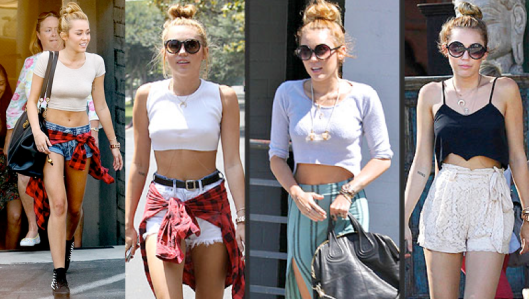 But crop tops aren’t only limited for the daytime sunshine. Miley Cyrus along with many other celebrities, such as Selena Gomez and the elegant Gweneth Paltrow, have incorporated them into their red carpet looks. 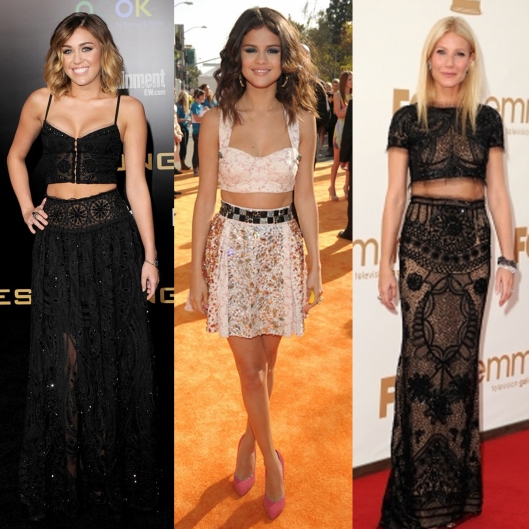 If you are a fan of this trend, check out American Apparel and their numerous crop top styles.

It is time to ditch those oversized handbags and embrace this season’s latest arm candy, shoulder bags. The long time neglected style is this summer’s latest hit. It is currently impossible to walk the fashion forward streets of Los Angeles and not see beautiful faces accessorizing their perfectly assembled outfits with trendy bags that hang from long thin straps across their shoulders. 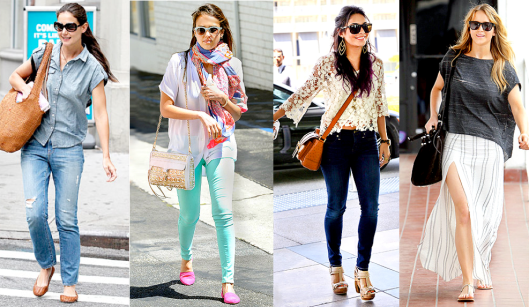 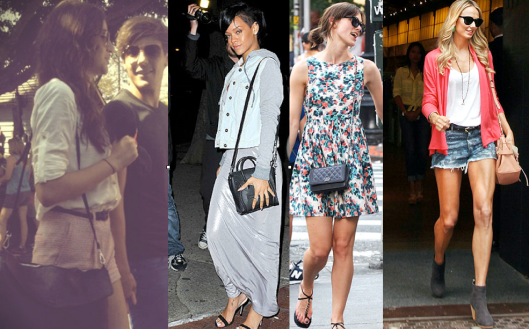